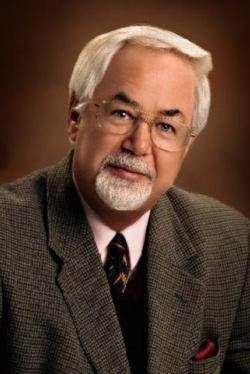 TT first wrote the standard text in this area “Drugs and The Performance Horse”  450 pages with a forward by His Royal Highness The Prince Philip, Duke of Edinburgh.  In the nineteen eighties the program developed a panel of ELISA tests, introducing ELISA testing to horseracing.  These ELISA tests were licensed to Neogen, bringing the Neogen Corporation to Lexington (https://uknow.uky.edu/campus-news/neogen-expansion-continues-benefit-uk-kentucky).  A related outcome was that the ELISA driven increased sensitivity of testing created the need for regulatory thresholds, an ongoing focus of the program.

In 1988 TT became Director of the UK Graduate Center for Toxicology, brought in an $800K NIEHS Training Grant still in place and developed minority programs.  By 1993 core faculty and student admissions were up three-fold, extramural funding had increased from 0 to $800K per year and new courses on “Ethics in scientific research” and “Risk assessment” had been developed.  When the National Research Council reviewed Kentucky doctoral programs in 1993, only the Graduate Center for Toxicology was rated “extremely effective”.

In the area of Equine Therapeutics, in the nineties the program patented Diclazuril as a prevention/treatment for Equine Protozoal Myeloencephalitis, (EPM) a significant neurological disease of American horses.  This patent underlies Bayer Marquis, the first FDA approved treatment for EPM (https://bi-animalhealth.com/equine/neurological-health/marquis).

In the area of Toxicology 2001 the EPTT research group redirected to work on the Kentucky Mare Reproductive Loss Syndrome [MRLS].  In 2003 the group proposed a unique probabilistic biological mechanism for MRLS and pointed to the likelihood of similar caterpillar driven syndromes, which description was copyrighted and published.  Since then, caterpillar driven Equine Amnionitis, and Fetal Loss (EAFL) has been identified in Australia (2014) and Forest Tent Caterpillar driven Septic Fibrinous Pericarditis in Saskatchewan in 2107.  Additionally, a long known “Everybody knows” caterpillar-borne reproductive loss syndrome in Camels has been reported in the scientific literature in 2013.

Since 2004 the EPTT group has focused on the synthesis of Certified Reference Standards and Stable Isotope Internal Standards required for regulatory thresholds for therapeutic medications and endogenous, dietary, and environmental substances, now readily detected at trace levels in racing horses by modern highly sensitive testing.  In summary, contributions from the EPTT program include 500 or so published books/ papers/communications, three awarded patents including the highly productive EPM patent, and a number of licensed technologies including the Neogen ELISA testing technology, as set forth at www.thomastobin.com.

© 2022 University of Kentucky, College of Agriculture, Food and Environment. All rights reserved.